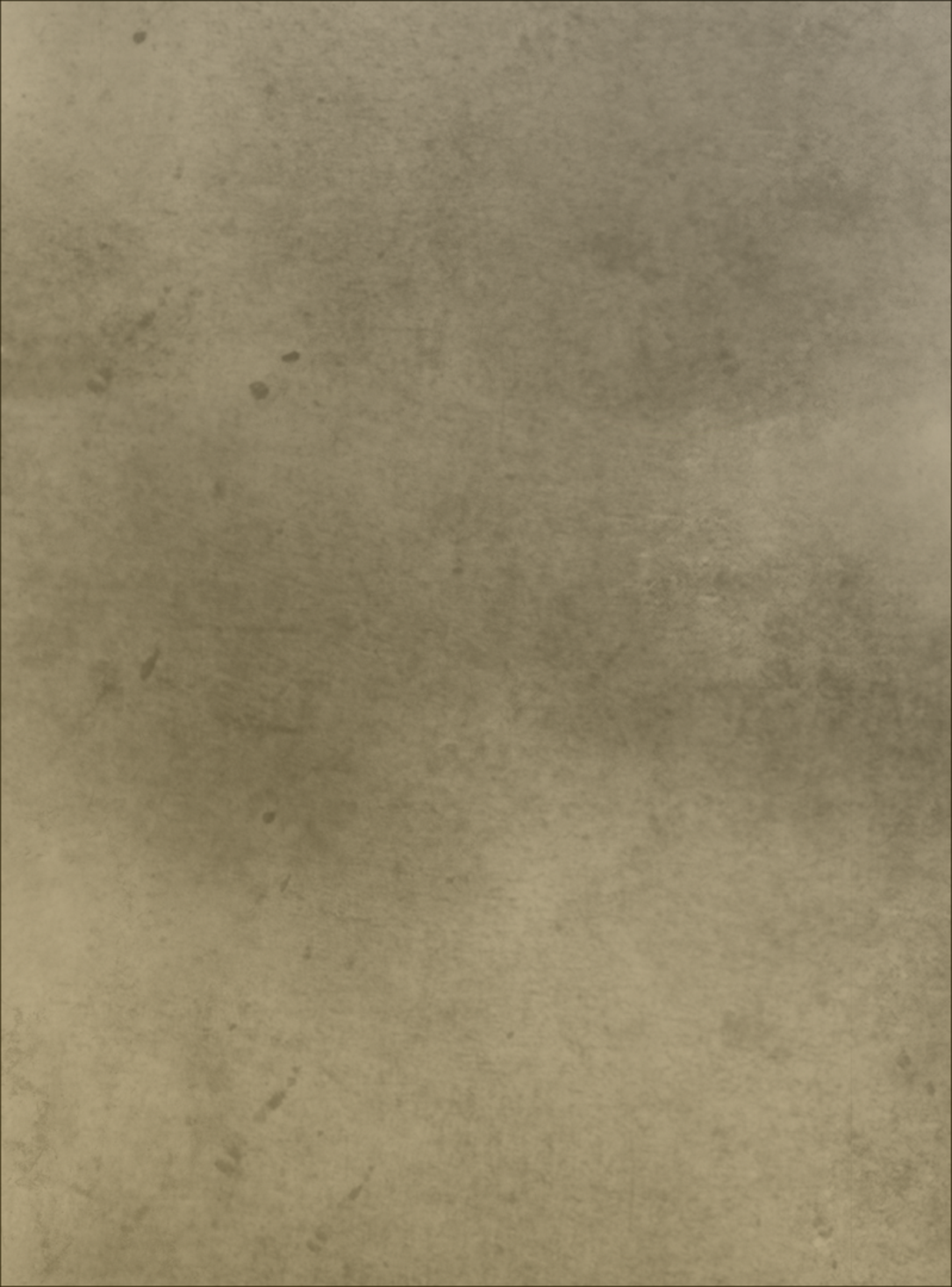 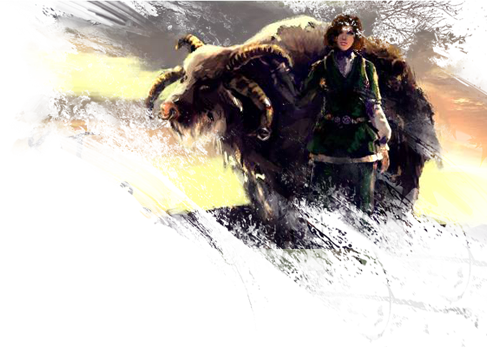 It’s another bright sunny day in Lion’s Arch and Kit and Sprinkle have made their way to the Crow’s Nest Tavern. As Kit ascends the stairs she notices flyers advertising a tournament. She grabs one of the flyers. It reads: The Teapot Tourney challenges 20 battle-hardened adventurers to compete in a fierce 10-versus-10 competition to lay waste to the most powerful foes Tyria has to offer. Think you have what it takes? Then gather yourself and 9 of your best fighters and meet up at the Crow’s Net Tavern!

The flyer also reads that the tournament itself will take place tomorrow, but there is a meeting today where an announcer will go over the tournament itself. Kit ascends the remainder of the stairs and sees a large crowd of heavily armed, heavily armored people surrounding the stage and mingling with other tavern patrons. She overhears one individual on the left boast how their team will win this tournament, which garners a response from someone on the other side shouting that it will be their team who wins instead.

Suddenly, a hush falls over everyone as a man emerges from the back room. He examines the armored figures right to left as he slowly makes his way to the end of the stage. The only sounds that can be heard are the slow, methodical boot steps on the hardwood. He stops his stride at the very end of the stage and glances around once more to ensure all eyes are on him. He takes a deep breath and veritably shouts, “Everyone! You are here because you are the best of the best! You have overcome every obstacle, surpassed every challenge, killed the most dangerous monsters, completed the 20-question survey and found this tavern despite the spelling error on the flyers. I am called ‘Mighty Teapot’, though you may refer to me simply as ‘Teapot’. I have hosted dozens of tournaments and seen the strongest warriors Tyria has to offer. Some walk away rich; others do not walk away at all.”

The announcer paces around the stage and continues his speech, “The monster you all will be facing has claimed countless lives. Its reign of terror continues unabated to this day largely due to its pseudo-immortal nature; for when it is killed, it rises again the next day as if nothing ever happened!” Gasps erupt from the tavern patrons and harsh whispers dominate the area.

“Could it be?” one couple asks in a hushed tone.

“There’s no way. They’re going to fight THAT thing?” a woman at the counter gasps.

“It is as you all suspect,” Teapot explains. “While we know the extent of its powers and abilities, nobody has ever been able to defeat it. So pay attention as I explain to you what this monstrosity is capable of!” Teapot pulls out a packet of papers and reads its contents aloud. Kit’s focus moves from Teapot to the people in the tavern. Looks of fear and amazement litter the room, each accompanied by loud whispers.

“-and the number one rule that you must all follow:” Teapot loudly exclaims, which forces Kit’s focus back to him. “Do. Not. Stand. In. The. Fire!” Looks of puzzle and bewilderment come over the contestants’ and tavern patrons’ faces alike. “A simple concept, one would think,” Teapot continues, “but most adventurers have met their fate because they did not follow this one rule. Do not let it happen to you! Now, repeat after me: Do. Not. Stand. In. The. Fire.” The contestants and patrons all follow along, repeating the phrase like a mantra.

A man at one of the tables takes out a pen and writes the phrase down on a napkin. He repeats the phrase as he writes. “Do. Stand. In. The. Fire.” The entire tavern suddenly falls quiet. He looks around him and notices all eyes are on him. Teapot is already standing in front of him. He grabs the napkin and announces to everyone, “This is why I put such an emphasis on this rule. There is always at least one who forgets.” He flicks the napkin back onto the table and walks back toward the stage. The man at the table slinks down and pulls up his collar, wishing he was just a fly on the wall right now.

Teapot makes it back to the stage and continues his announcement, “But I don’t expect you all to fight just for the sake of glory.” He motions to someone behind him and, on cue, a large gilded chest is pushed onto the stage. “The winners will be greatly rewarded!” The stagehands then pull off the lid, revealing many gilded weapons; swords, hammers, bows, guns and more litter the chest. After allowing a few moments for the contestants and patrons to gaze upon the rewards, the lid is closed once more and the chest is moved back.

“Now-“ Teapot continues, “you all have a dangerous task ahead of you. Take the remainder of the day to prepare and rest. You’ll need it.” With that, Teapot walks off stage and the contestants depart almost immediately after.

The next morning Kit and Sprinkle returned to the Crow’s Nest to double-check their shipment. Almost as soon as they reach the top of the stairs, however, they hear a man scream “Oh no. No, no, no!” The cries came from the storage room just behind the stage. Kit and Sprinkle both rush to the storage room and find Teapot hunched over the chest he showed off the night before, though it is now emptied of its contents.

“Gone! They’re all gone!” Teapot shouts. “How could this have happened?” Kit quickly notices the distinct lack of locking mechanism on the chest. “I can’t present an empty box to those brave souls. If they even make it back, they’ll kill me!”

“Alright, relax.” Kit says and pats the air, attempting to calm Teapot. “Maybe we can help?” Teapot spins around to face Kit.

“Yep!” Kit points her thumb toward Sprinkle and then herself. “We’re kind of experts in this exact situation. We’ve gotten ourselves and others out of a bind like this many times!” As Kit and Teapot speak Sprinkle walks over to the chest and sticks his head in for a closer look. However, his large head gets wedged in the chest and his horns get stuck on one of the corners. Sprinkle panics and flings his head around, dislodging the chest. It lands a few feet away with a loud thunk. The sudden loud noise distracts Kit and Teapot, both of whom notice a small piece of paper stuck on one of his horns. Kit pulls it off Sprinkle’s horn and examines it. Written on the paper are the words “Do. Stand. In The. Fire.” With the word “NOT” wedged between “Do” and “Stand”.

Adventurers! Mighty Teapot and Kit the Traveler both need your help to restore the rewards chest Teapot has created for the mighty warriors of the tournament. These weapons cannot simply be replaced, however, they must be rebuilt! They need you to send in 5 pieces of crafting materials, any material, in order to help restore these fantastical weapons. You must send these items to Kit the Traveler or Pixie.5940. Can you sort out who took the winning prizes from the Tourney? Kit The Traveler and Sprinkle Yakkington could use your help! As always you will be rewarded 🙂. The event ends on March 31, so be sure to get in soon! Please be patient. The in-game mail has a limit on how quickly I can send mail. If player-to-player trading was a thing it would be a bit faster. I extended it until 31st to lessen the stress on folks getting quest turn-ins to me. As always, the event is open to both NA and EU!